Dex.prg ‎(file size: 4 KB, MIME type: application/acad)
Warning: This file type may contain malicious code. By executing it, your system may be compromised.

Demons of Dex - Eino's Quest is a roguelike for the unexpanded VIC-20. 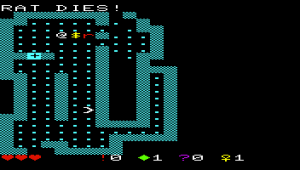 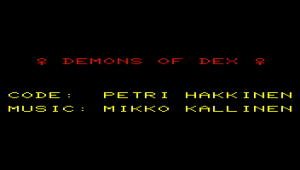