Are you feeling bored and looking for a game that make you feel alive? Check out Tapan Kaikki (Kill 'Em All). This game series by Error Free Productions is focused toward casual gamers, and the latest game in the series, Tapan Kaikki 4: Bloodshed is a real treat for retro gamers. The best part is, the game is completely free. Just download it and you are good to go.

TK4 sticks to the basics and has a very classic feel to its game play. It is a typical arcade style shooter. You are dropped into a level where you must fight and kill anyone in your way within the time limit. You should be warned, there is a high amount of violence. You are given scores at the end of each level depending on the number of kills you have or accuracy in that level.

The same score can be used as currency to buy weapons, utilities and ammo. In addition, weapons and ammo can also be found during the gameplay. The range of weapons gives you sufficient choices, so that you can choose the weapon that suits you the best. It offers you standard pistols, Uzis and rifles for long range and shotguns for short range. Apart from that it features a flamethrower, C4 and Grenades. The utilities are very generic, restricted to only the typical medikit and a laser sight.

The games levels are defined as episodes, and one episode can have multiple levels. The weapon and utility shop is only accessible in between levels. The game also features a multiplayer mode which is similar to the single player mode in terms of game play, but you come across other players you have to kill in addition to the computer controlled enemies.

Perhaps, one of the best features of Tapan Kaikki 4: Bloodshed is its editor. This allows you to essentially edit and create your own levels to play in single player or even multiplayer mode. The editor is extremely easy to use and adding levels to the game is fairly effortless as well.

As far as the graphics are concerned, they are pretty retro as you would expect, matching the general theme of the game. The sound effects are extremely neat. The minimal version only has one music theme. I would advise you to try the complete version to get the full ambience. Do not worry, both versions are free.

All in all, Tapan Kaikki is a series you should give a spin. Tapan Kaikki 4: Bloodshed is a free and small download, so it will not hurt to try. You never know, this might be your next best game. It is not only a real treat for retro gamers but also has an appeal for casual PC gamers. 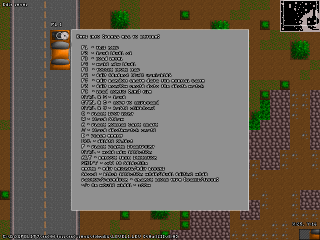